During the week of June 18 – June 22, ten French and Spanish companies descended on the Windy City to learn more about the American market and to explore local business-to-business collaborations based on partnerships and trade. These companies are part of the RYME+ program, a European Union-funded consortium for the internationalization of innovative small and medium-sized businesses. The visiting delegates were spread across multiple sectors including, but not limited to: biotechnology, assistive technology, and manufacturing.

The visit kicked off on Monday, June 18th , with a day-long program at the Illinois Institute of Technology (IIT) University Technology Park hosted by IIT’s Associate Vice Provost, Catherine Vorwald, and organized by FB International LLC. Ms. Vorwald gave a warm welcoming speech and later gave the RYME+ participants a tour of the Tech Park and of some available offices and labs. 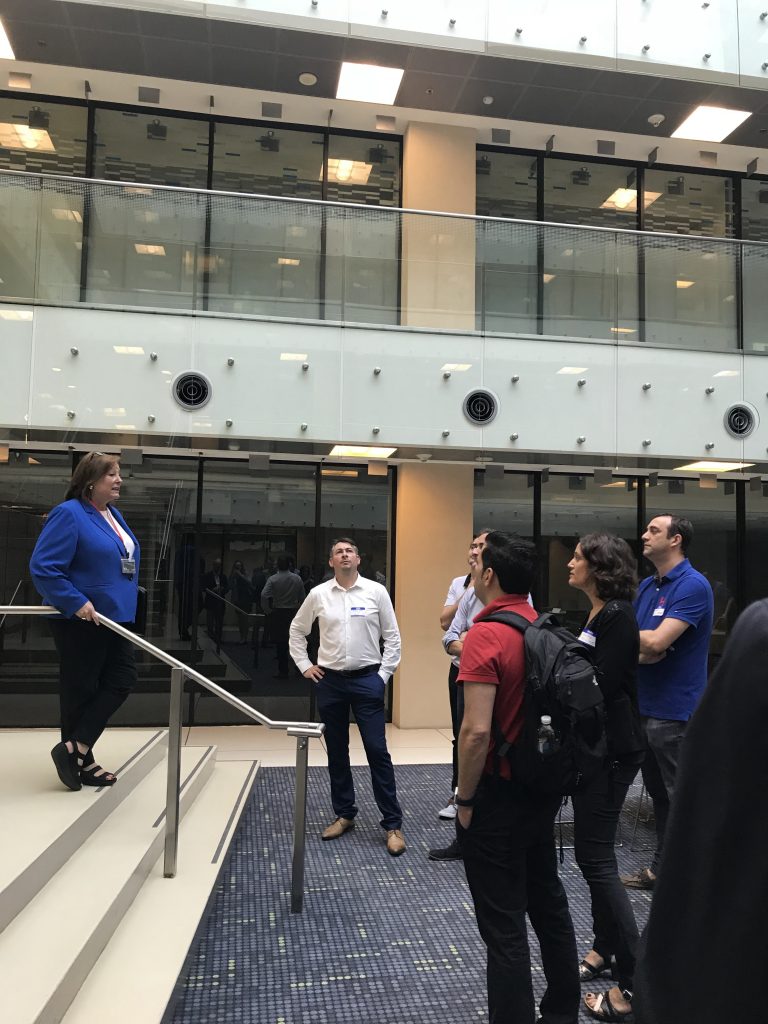 We had the pleasure of hearing presentations by Andrew Bond, Co-Founder & COO of DeNovX and David Dingott, CEO of Sword Diagnostics, who taught us about their pioneering companies and why they chose IIT’s University Technology Park (and Chicago) as their home.  The ten RYME+ companies also practiced their elevator pitches for Mr. Bond, Mr. Dingott, and Ms. Vorwald who gave feedback and served as an American focus group before the companies’ numerous B2B meetings later that week.

To start the afternoon session at IIT’s Tech Park, FB International LLC’s president, Fabrice Bonvoisin, presented our Welcome Package along with the package’s partners: Jennifer Watson, Principal Attorney at Masuda Funai, and Thomas Beube, SVP and Director of International Services at Wintrust Financial Corporations. The Welcome Package is an efficient collaboration between Legal, Accounting, Banking, and Business Development which allows companies to establish a presence in the US by saving on administrative costs and adroitly spend their limited budget on sales and business development.

The day closed with five riveting presentations from big-name speakers representing different industries in Chicago. Howard A. Tullman, former CEO of 1871, the non-profit startup hub, and Executive Director of the Ed Kaplan Family Institute for Innovation and Tech Entrepreneurship at IIT, spoke about his work and discusses his vision for innovation, entrepreneurship, and their constant evolution. Ted Souder, Head of Industry and Retail Group at Google regaled the audience with his personal story of coming to Chicago—one that involves risk-taking and pioneering within the international giant we all know today. Mark Harris, President and CEO of the Illinois Science & Technology Coalition, Todd Beauchamp, Chairman of the Technology & Manufacturing Association (TMA), and Brent Case, Senior Vice President, Business Development from Intersect Illinois all helped demonstrate to the delegates that Chicago is one of the best places in the U.S. to do business. 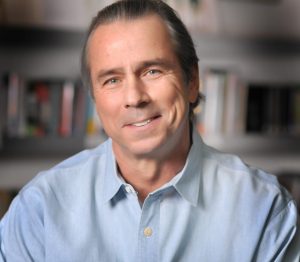 Photo courtesy of Howard A. Tullman 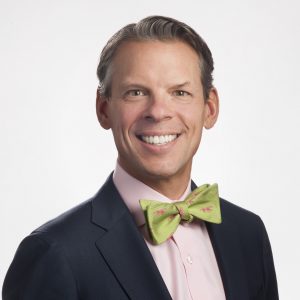 The European visitors and some speakers were able to unwind with a cocktail party in Catherine Vorwald’s office which, from the 10th floor of the office-only incubator tower, has an amazing view of the Chicago skyline and Lake Michigan. 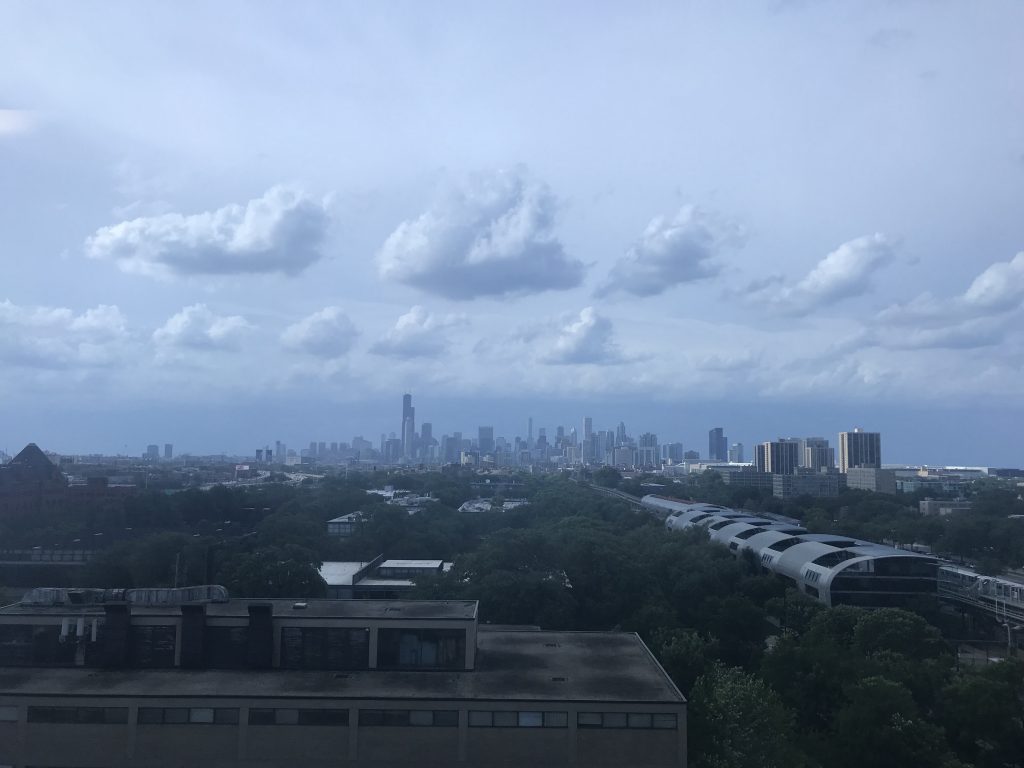 Tuesday, June 19th was the first day of business-to-business meetings around Chicagoland for the ten European companies. FB International LLC, as the partner of RYME+, had been working since January to identify the needs of the delegates and to organize more than sixty B2B meetings for potential collaborations.

Tuesday afternoon the delegation traveled to Aurora, Illinois—the state’s second city—for a networking event organized by FB International LLC, Judy Dawson of Invest Aurora, Kathy Gilmore of the Valley Industrial Association (VIA), Mark VanKerkhoff of Kane County, and Mayor Irvin, Deputy Mayor Nelson, and CIO Michael Pegues of the City of Aurora. This event was an animated and dynamic exchange between the RYME+ companies and representatives from different sectors around Aurora and the surrounding counties. It was a great opportunity for the delegates to see that the American (and Illinoisan) market is truly a mosaic, made up of opportunities both in big cities and in smaller ones with strong manufacturing roots with an eye towards the future. We ended the evening with dinner and drinks at The Dock at Montrose Beach. 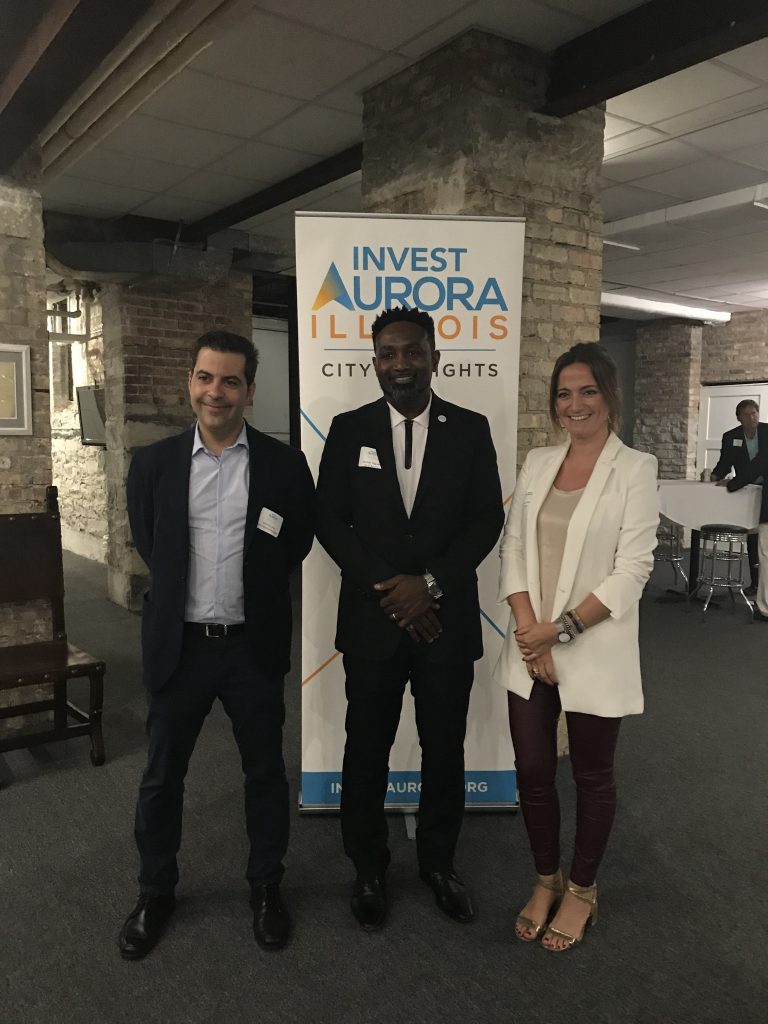 After a full week of meetings, punctuated by high-profile presentations and lively networking events, we are happy to say that the RYME+ trade mission to Chicagoland has been a great success. The participating companies are now busy following up with leads to best explore what the American market has to offer them. To find out more about the work FB International LLC did with the RYME+ delegation or the companies involved, click here.

Should you want to be available for the next trade mission, please subscribe to the FB International newsletter by clicking here.