Food is one of our basic needs. In 2015, the U.S. food retail industry was valued at $5.75 trillion (Statista) and just two years prior the USDA estimated that the average American family spends about 10% of their income on food.

Since 2012, FB International has been working with George Walker, a seasoned food-industry consultant, who knows just how important the industry is—after all, it has been a part of his daily life for the past twenty years.

Last week we sat down with George to ask him some questions about the food industry.

Can you tell me a bit about your career path—what got you into the food industry to begin with?

I sort of fell into the food industry. Out of college, I worked for several small, family-owned businesses. Initially I was working for Westvaco Corporation, an international manufacturer of papers and packaging; I started as the shipping supervisor, later became the printing & die cutting supervisor before eventually being promoted to superintendent. I then was hired as the plant manager for a family-owned Teflon-coating business.

After about a year in that industry, I applied at Keebler to be the shift manager for the third shift. After three years, Keebler purchased Ace Baking and closed most of their locations, save for one in Chicago which I was tasked with “Keeblerizing.”After a year I went back to the original facility in the Pullman area. Then we decided to expand the Pullman facility and I was sent to our Grand Rapids plant to learn about the Ready Crust Piecrust business and equipment which was to move into the expanded Pullman plant. Kellogg’s then bought Keebler and I became the Manufacturing Services Manager, a role that later evolved into R&D/in-house training, and then into a more day-to-day operations role before finally becoming an internal consultant.

After I began consulting for FB International, in 2013 I was offered a job at Ferrara Candy where I stayed for five years. They’d been recently purchased by Ferrero Rocher, my work at the Bellwood facility involved a lot of change management.

What would you say are some of the most common hazards you’ve encountered in the food processing industry, in terms of safety or quality control? What are some steps people in the industry could take to reduce these risks or mitigate these issues?

In terms of safety, people really want to do the right thing, whether they have a justification for it or not…and usually they don’t. From an employee standpoint, the biggest hazard is unsafe acts. For this reason, I am a DuPont Stop trainer and a big believer of most behavior-based safety programs. From the plant/corporate perspective: if you walk in a plant and it looks like it’s running well, it generally is and it generally has a good safety record. Clean and organized plants are usually safe plants. 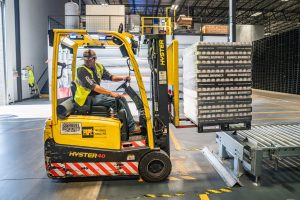 Do you think other industries could benefit from knowledge-sharing from the food industry?

I think behavior-based safety programs transcend industry. For example, with the DuPont Stop program you go out two times per day and make observations on how people are doing jobs. It teaches you how to approach people, how to correct them if need be, but also how to give positive reinforcement. It also guarantees that you yourself know how the job is supposed to be done.

In your experience, is there something the American food processing industry can learn from other countries? Or vice-versa?

I think there is definitely a lot to learn from other countries, depending where you are going—it really depends region-to-region. For example, in Tanzania most foodstuffs are purchased from the daily market because there is no way to package them or refrigerate them. Because of this, a lot of food from Tanzania is sent directly to Kenya because they’re more capable of packaging it. I think this is a lesson for making foodstuffs available in canning & manufacturing environments where they otherwise wouldn’t be available.

Whereas in Europe, it depends on the type of food. With cone manufacturing for example, there is just no such thing as centralized manufacturing—which is what we had with Keebler in the US.

In the US, one of the biggest issues is a lack of accountability towards lean manufacturing. To remedy this, I would suggest providing resources like SOP and KPI development for companies, especially for SMEs. 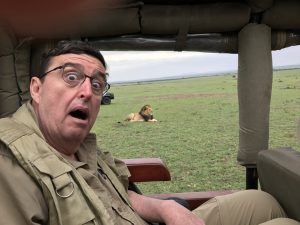 When George Walker isn’t consulting for the food industry, he can sometimes be found on safari in Tanzania.