Last month we had an extensive conversation with Michael Rosen on biotechnology, innovation clusters, the state of Illinois, and bioscience inernalization. Michael Rosen is a healthcare expert with decades of experience in international business, bioscence, and technology and research parks. Michael is Chairman of the Center for Healthcare Innovation and President of Rosen Biosciences Strategies LLC, a consulting firm focused on the development of science tech parks and clusters.

As a former executive of Pfizer, Bristol-Myers Squibb and Searle/Monsanto, Michael has built research parks in conjunction with universities and serves as an advisor on several biotechnology and research boards. You can find more information on Michael Rosen here. 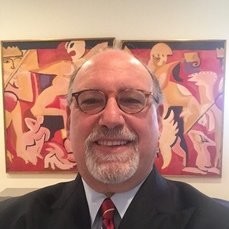 Tell me about your involvement in Lake County and why it is unique:

Lake County represents the largest cluster of bioscience companies in Illinois. Even though there are great clusters throughout the Midwest (i.e. Minneapolis for medical devices, Indianapolis for pharma, Cleveland, Kalamazoo) Illinois’ Lake County has the most concentration of bioscience companies. Lake County is almost the halfway point between Madison and Milwaukee. There are approximately 122 life science companies in the area, with more than 33,000 life science s. Chicago has 6 medical schools; 4 are in downtown Chicago, one is in the western suburbs, and one is in Lake County. It literally lies five minutes away from companies like Abbott, Abbvie, Horizon Pharmaceuticals, and more.

Regarding the new science park – I was able to identify a developer and get the state of Illinois to expand the Enterprise Zone to include the Rosalind Franklin campus, which should help attract jobs and companies. I’ve brought in four major international companies, two German, one Japanese, and one from New Zealand (at the Illinois Science and Technology Park in Skokie). I’m hoping to replicate that for Rosalind Franklin. The advantage of the Rosalind Franklin park is that the university is right there, and there will be collisions between the university and the industry. 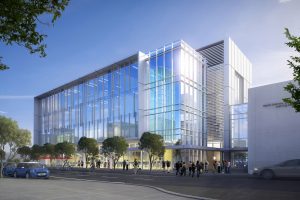 Who are the notable companies in Lake County in the biotechnology and life sciences industry?

Takeda, Baxter, Shire, Pfizer, Horizon Pharma, Avexis (just acquired by Novartis), and Fresenius are the big players in the area, among others.

What is Lake County doing to distinguish itself and attract companies as it relates to life sciences and biotech?

The economic development arm of Lake County is called Lake County Partners. The Lake County suburbs are some of the nicest and wealthiest suburbs in Chicago, with proximity to Southern Wisconsin, where real estate is cheaper. Now you can bring in to play an additional airport (Milwaukee) which is cheaper, not to mention that it is a great airport. Lake County is half between Chicago and Milwaukee. Lake County Partners has clearly done a lot for companies that have tried to enter the state. The city of Tianjin in China, port city of Beijing, has an MOU with Waukegan. 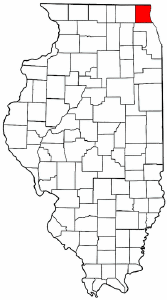 Can you explain how innovation clusters help international companies, specifically in life sciences, break into the US market?

Innovation clusters help international companies primarily with cutting edge science. For life sciences that means manufacturing talent, clinical talent, discovery talent, regulatory talent, etc. Lake County has access to traditional venture capital and corporate venture capital. In addition, we have access to angel capital and access to a new form of capital, “family capital” – families invest as angel investors. Proximity to hospitals is crucial. Right next to Rosalind Franklin, there is a Lovell Federal Healthcare Center – the only U.S. combo of a Naval and Veterans Affairs hospital. The veteran’s hospital covers 90,000 veterans in the region. The naval hospital and veteran’s hospital run about 50 clinical trials annually. In an innovation cluster you want:

What trends do you see in the biotechnology industry in the U.S., particularly in Lake County and the Chicago area?

Globally; aging of populations, ages 65 and older. This is a phenomenon that has affected the US as baby boomers are reaching and exceeding 65. This effect will increase the cost of healthcare in this country. 80% of what you spend on healthcare in your lifetime happens after age 65. This is not only a US problem. Healthcare today represents 18% of GDP, and we’re going to see it potentially move to 30% of GDP. US is the only country in the world where we have freedom of pricing for drugs.

There are two trends that will make this freedom of pricing difficult to maintain. One, Tremendous cost of new therapies. Gilead came out for a cure for hepatitis C, the cost was between $85,000-$87,000 for a 12-week treatment. Two, Growth of biosimilars. Biosimilars are generic biotech drugs. The FDA has watched the approval of these drugs very carefully; only a handful have been approved in the U.S.

From the United Nations

Another trend is that there are still several diseases that need curing. Alzheimer’s is a disease that is having a tremendous impact on our society and is increasing. There is no good, effective therapy for Alzheimer’s. There have been more than 25 drugs that have failed in phase 2 and 3 trials in the last 5 years.

There is no one single approach to cancer. I think what’s going to happen with cancer is what has happened with HIV infection, that the drugs that come out for HIV don’t cure HIV but keep it in check.

Another trend is personalized medicine. The focus of new therapies will be to come up for a specific approach for each patient. Telemedicine is going to increase, particularly with elderly populations.

You are on the advisory board of the American Israeli Chamber of Commerce. How do you see Israeli technology and life sciences companies compete in the U.S.? How do they differentiate themselves?

My impression is that there are more than 1,000 Israeli bioscience companies. 90% of these companies have less than 5 people. They work in the Israeli incubator system. There are 25 government-funded incubators in Israel. Most of the Israeli companies are not involved in drug development. Half of the companies who are not doing drug development are focused on medical or healthcare applications and others are focused on medical devices. The Israeli incubator system enables companies to get to prototyping very quickly (faster than the U.S.) and cheaper than the U.S.

The difference between the U.S. and Israel as it relates to medical devices is that the prototyping process is much faster in Israel. When Israeli companies get to the prototype stage, they’re looking for an exit. They’re usually not looking to create the next Teva. I think the problem with most Israeli companies is that they’re very quick to prototype. They’re ingenious with technology, but they’re not looking to create mega-companies. An additional problem is that most Israelis feel very comfortable in California and New York. To get them to go to other areas is difficult.